Dnamro tell us about his work on the BF 1942 AI Enhancement Mod: After many years and several requests, I have finally updated Realplayer AI enhancement mod for BF1942: BF 1942 AIE Mod Download

Copy the file to your hard drive, unzip it and then set it up in your Battlefield 1942\mods folder as mods\Realplayer.


I have combined Grenademan's AI enhancement mod with singleplayer support for all standard BF1942 maps.


I will do an installer when I get a chance. This way, it can be installed on other than windows systems.


If you want to disable targeting corsshairs, the files and instructions are in the readme.


This is mostly Grenademan's work from his AIE42 mod. He used Realplayer as the start of his mod and then went on from there. But, he left out the AI from multiplayer DICE maps that had been created by the BFSP community. So, I just combined his mod improvements with the AI support for the rest of the DICE maps. The previous version of Realplayer was a WIP that I had on my hard drive when Filefront dropped it. There were plenty of other mods that used the Realplayer improvements to include BF42, so I did not see a reason to clean it up and release a new version. I would just direct people to the other mods. However I when found AIE42 on my hard drive that is when it came to me to use his mod to update Realplayer. I have not heard from Grenademan in a long time, but I am sure he would like to know that his work is being continued on. The advantage of Realplayer over other mods is that it's a small mod for those that want to enjoy BF1942 with the best possible singleplayer support.

As far as adding support for other mods, that would involve some work integrating the changes without interfering with the existing mod functionality.

On the other hand any BF1942 maps can be added to mod just by extracting and repacking the map with the MDT tools to change this line in the map's menu\init.con file as:

Now, as far as possible future improvements, the subs and PT boats could be made to fire torpedoes. For another mod, I set up subs with deck guns and enabled the bots to use the subs. As long as I did not have them try to submerge the subs it worked fine and the bots could fire the torps. It's just a matter of having time to make the changes and considering that subs don't play a big role in the game, it did not seem like it was worth the effort.


Also, it would be good to make the maps from the expansion packs (Road to Rome and Secret Weapons) enabled for realplayer as part of the mod available as a separate download. They are no longer sold or supported by EA but can only be found in then BF1942 collection from a game resellers to include Amazon. Now that would be fun to be able to play all the expansion pack maps in Realplayer.


Grenademan Changes incorporated into Realplayer:
VEHICLE AI:- Bots now fire the Katyusha missiles more often.- Bots are more aggressive and accurate on machineguns.- Bots use the Defgun more effectively.- Bots bail out of badly damaged land vehicles more often.- Bots in aircraft engage ground targets more frequently and more accurately.- Bots are more accurate when firing tank's main guns.- Bots fire the tank coaxial machinegun and the main gun at infantry evenly.- Bots now use certain tanks better than they did before. - Bots in anti-aircraft guns use them better now.- Bots will now fire certain handweapons at enemy aircraft.- Bots in landing craft will no longer switch to a passenger position when they are threatened, and instead will take the driver position or the gunner position.
INFANTRY AI:- Bots use knives against infantry.- Bots use landmines against tanks.- Bots use binoculars to call for artillery against armoured targets.- Bots no longer fire anti tank weapons at infantry. - Bots will sometimes throw grenades at enemy infantry.- Bots no longer throw grenades at tanks or light vehicles.- Bots will choose what weapon to use against targets more sensibly.- Bots will shoot at lightly armoured targets with their hand weapons, such as jeeps.
GLOBAL AI:- Bot aggression has been greatly increased.- Bots engage targets more realisticly and have an increase in accuracy.- Bots fire infantry and vehicle weapons further. - Improved many AI properties for infantry and vehicles.- Bots no longer horde a particular kit.
OTHER:
- 3rd person soldier view activated. - Enabled tracers for all infantry weapons except pistols, shotguns and the K98 rifle grenade.- Tweaked the recoil for each infantry weapon. - Made all infantry weapons more powerful against other infantry.- Soldiers will drown if they are in water for around 30 seconds.- Tank shells no longer arc and now travel at higher speeds.- Bazooka and Panzershreck rockets no longer arc and now travel at higher speeds.- Greatly decreased the power and radius of hand grenades.- Grenades are no longer effective against tanks.- Infantry bodies will remain longer.- Tank, Destroyer, Aircraft carrier and Battleship vehicle wrecks will remain for a lot longer.
WEAPONS:
- Extra magazines added to: BAR1918, DP, K98, M1 Garand, NO4, STG44, Thompson, Type 5, Colt, Walther and the T99.- Removed the Expack from all engineer kits.- DP now has 49 rounds per magazine.- British, US Army, and Canadian anti-tank kits get the Thompson submachinegun. - German anti-tank kits get the MP40.- Desert German anti-tank kits get the STG44.- Japanese anti-tank kit gets the Type 5. - The Japanese medic kit gets a Type 5 instead of the MP18.- The Russian anti-tank kit gets the No 4.- The US Marine anti-tank and US Army engineers get the M1 garand instead of the No 4.- Landmine now last a bit longer after being placed down.
VEHICLES:
- M10 health increased to 160.- Panzer health increased to 120.- Priest health increased to 70.- Sherman health increased to 110.- T34/85 health increased to 120.- T34 health increased to 160.- Tiger health increased to 175.- Wespe health increased to 60.- Did a major clean up on all BF1942 (and expansion packs) vehicle codes to make them more effecient for bot use.
NAMES:
- K98 renamed to Kar98k.- Mp40 changed to MP40.- GrenadeAllies renamed to Hand Grenade.- GrenadeAxis renamed to Stick Grenade.- Bar 1918 changed to BAR 1918- Mp 18 changed to MP18- StG 44 changed to StG-44.- Thompson changed to M1A1 Thompson.- Panzershreck renamed to RPzB 43.- Walther P38 changed to P38.- Bazooka changed to M1A1 Bazooka.- Colt renamed to M1911A1.- Johnson LMG renamed to M1941 LMG.
- AichiVal renamed to Aichi D3A.- SBD changed to SBD-1.- SBD-T changed to SBD-2.- Chi-Ha renamed to Type 97 Chi-Ha.- AchiVal-T renamed to Aichi-T D3A.- Corsair renamed to F4U Corsair.- Mustang renamed to P-51 Mustang.- Stuka renamed to Ju 87 Stuka.- Yak9 changed to Yak-9.- Zero renamed to A6M Zero.- B17 renamed to B-17G-30-DL.- Ilyushin renamed to IL-2 Sturmovik.
- Tiger changed to Tiger I.- Wespe renamed to SdKfz 124 Wespe.- PanzerIV changed to Panzer IV.- Hanomag renamed to SdKfz 251.- M10 renamed to M10 Wolverine.- Priest changed to M7 Priest.- Sherman changed to M4 Sherman.- Katyusha renamed to BM-13 Katyusha.- Sexton renamed to 25pdr Sexton.- Ho-ha renamed to Type 1 Ho-Ha.
- flak38 changed to FlaK 38.- AA_Allies renamed to AA Gun.- Browning renamed to M2 Browning.- MG 42 changed to MG42.
- PrinceOW renamed to Prince of Wales.- Lcvp changed to LCVP.- Fletcher renamed to Fletcher-class Destroyer.
- "Allies captured the control point" changed to "Allied Forces have captured this position!"- "Axis captured the control point" changed to "Axis Forces have taken this position!" 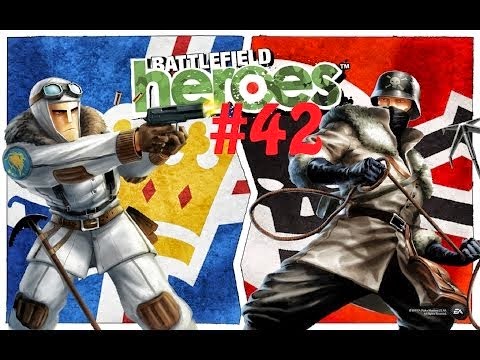 
1. Updated Troop Traps. They are now projectiles. They will go off on team mates so take that in mind.


5. Added ability to set higher then 64 players in Create Game Menu. (Modified EXE needed to make this work. Not included with this mod) 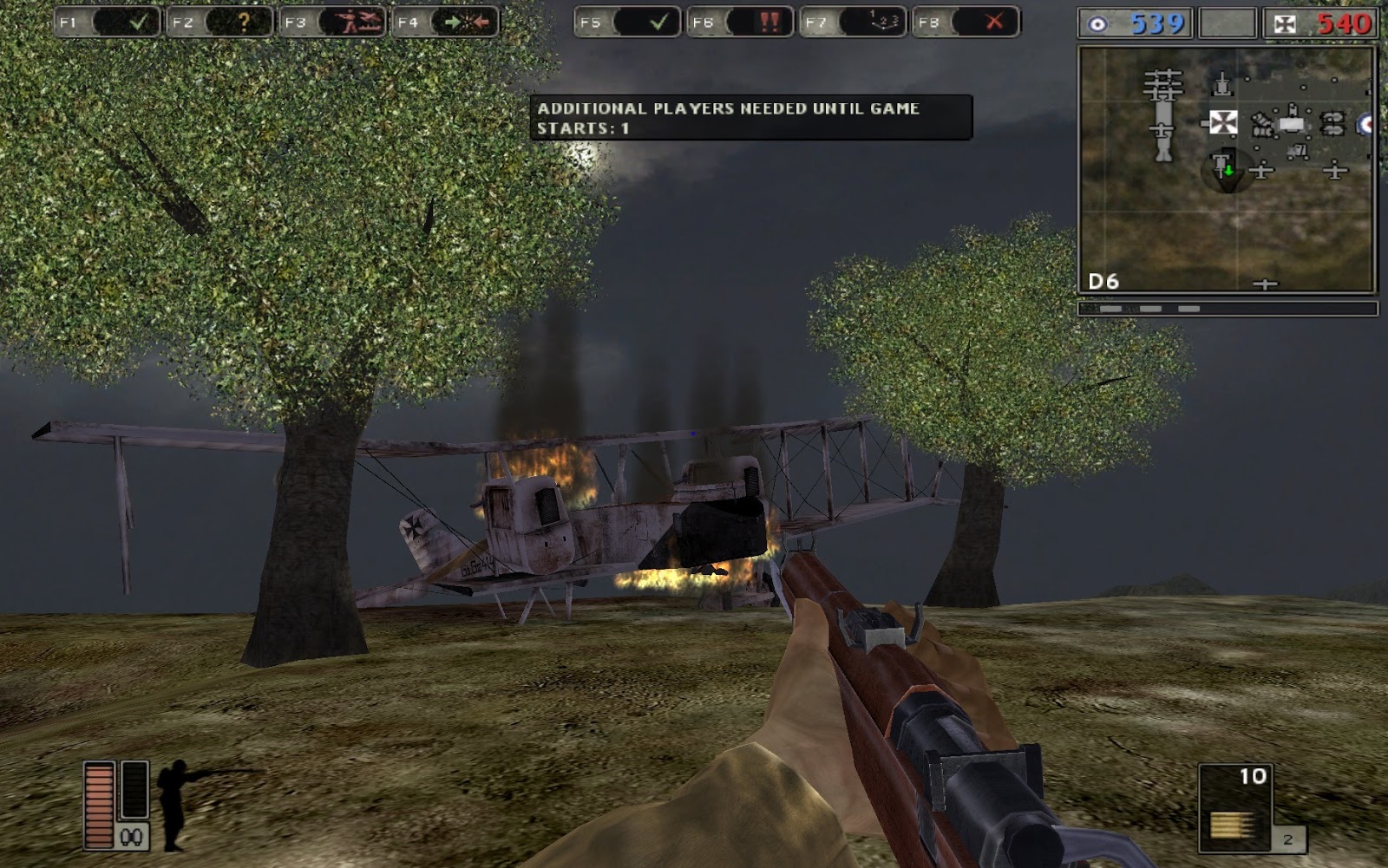 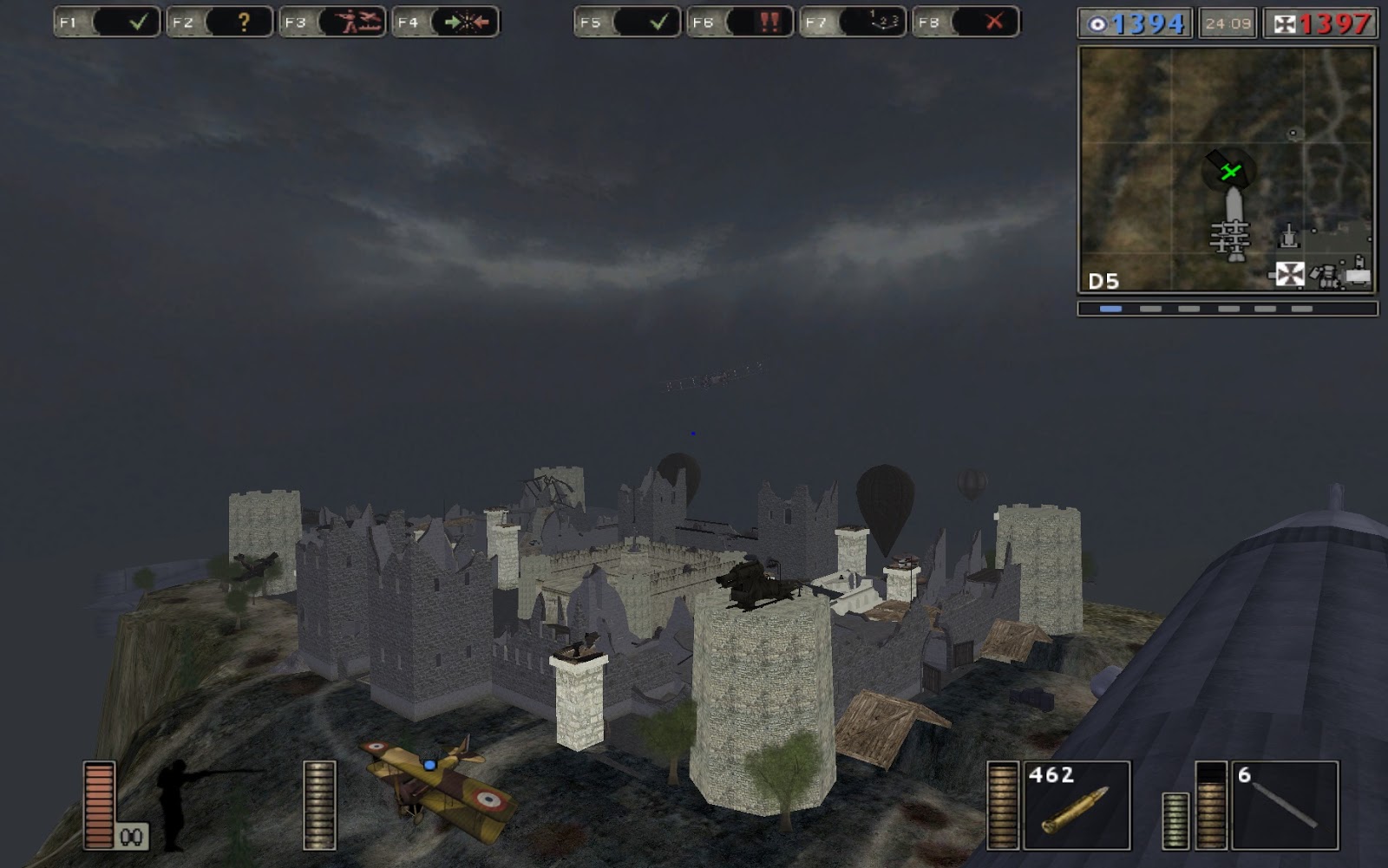 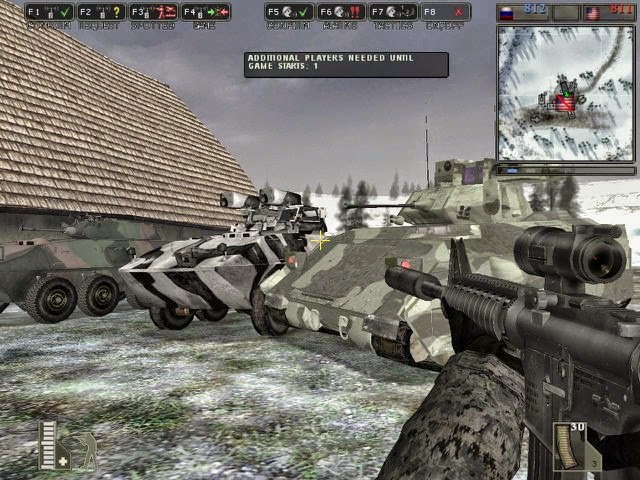 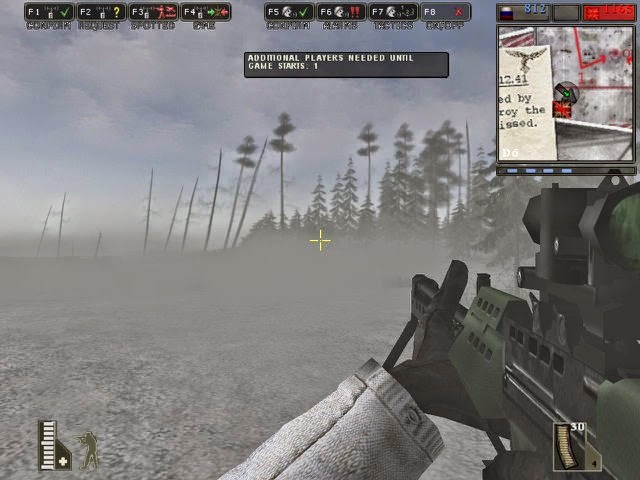 Alles kostenlos und frei ohne Haken. Made it for you and me!
Nach oben
Antworten
16 Beiträge